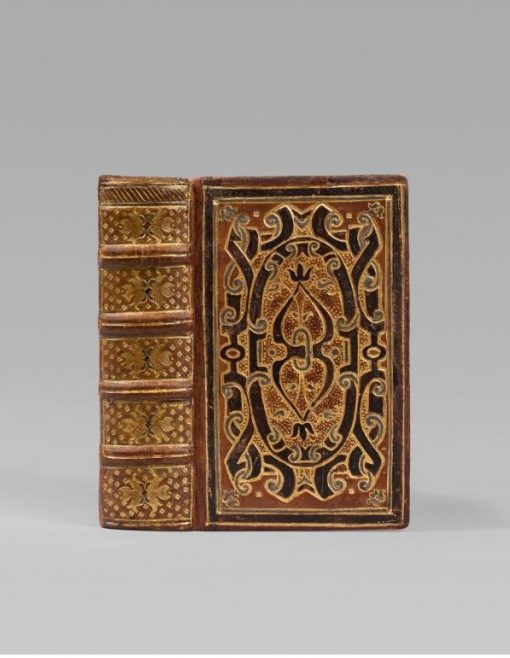 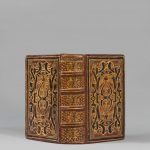 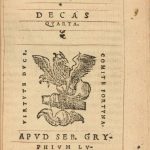 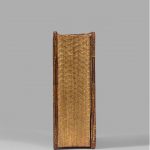 A very elegant Lyon binding with mosaic interlacing and a dotted background, with gilt edges chiseled in the Italian style,
made around the year 1554, and containing the fourth of Livy’s Decade,
from the collection of Maurice Burrus with ex-libris,
and considered in this collection to be a “very beautiful copy”.

A very elegant Lyon binding with mosaic interlacing and a spotted background made around the year 1554, and containing only the fourth of Livy’s Decade from his Histoire romaine, printed in italic by Sebastien Gryphe.

After the battle of Actium, which brought peace and concord to the Roman empire tormented by a century of civil wars, Livy (59 ? BCE-17 CE) decided to narrate the history of Rome in a text that, given the vastness of its design, the nobility of its form and its elevated inspiration, had to be worthy of its subject; that is what could be said of the accounts by the different Annalists of Cicero’s time.

Livy, who, in the exordium, had established a parallel between the moral grandeur of antiquity and the miseries of his time, could only sense with a painful intensity Rome’s future decadence. Even the weaker part of his work is supported by a sense of the imminent catastrophe that was to throw Rome into the harrows of civil wars. His style, free and harmonious, escapes monotony by adapting to the most diverse situations: sometimes lively and dramatic, other times colorful, abundant and picturesque. Livy’s work really was worthy of the greatness of Rome, in its religious sentiment and moral sense of life and also in its artistic qualities and the integrity displayed.

The 16th century was always considered, rightly so, as the golden age of French binding. Very early on, important studies were undertaken on this topic. In the middle of the 20th century were studied the great humanist bibliophiles whose books were often present at public auctions and most especially the most famous among them, Jean Grolier and Thomas Mathieu.

A beautiful specimen of 16th century Lyon binding from the Maurice Burrus collection (acquired at Venot in Lyon in 1934) where it was considered a “very beautiful copy”.