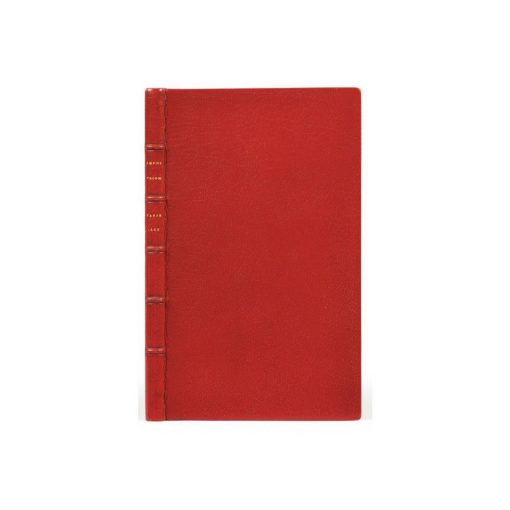 First edition of Molière’s Amphitryon,
“such an original and joyful comedy” (Le Petit).

“This little masterpiece of grace and poetry

was performed in front of the king in the Tuileries,

on January 16th 1668 in a great deployment of props and machineries.”

First edition of this comedy by Molière, idealizing the court of Louis XIV, “the sun king”. It had a resounding success and was performed 29 times in a row, to the audience’s delight.

This first edition is easy to recognize because the sonnet present in the rare counterfeit edition published the same year, and that Guibert mistakenly considered to be the real first edition, is absent.

This fact was demonstrated by Vérène de Diesbach-Soultrait, in the description she made of both editions in the second volume of the catalogue dedicated to 17th century literation for the library Jean Bonna.

“This great success (…). Such an original and joyful comedy, that was performed for the first time in Paris, in January 1668.” (Le Petit)

The Registre de La Grange notes that the night’s revenue was of 1 565 livres, 10 sols. Two days later, it reached 1 668 livres, 10 sols, which is obvious proof of success. This success allowed Molière’s troupe to somewhat compensate the losses incurred during the terrible year of 1667 that had been financially disastrous because of to some ill luck and mishaps.

Molière had been sick for several months and his absence from the theater had been terrible for the troupe.

On January 16th, the play was performed before the king, in the Tuileries, in a great deployment of props and machineries.

Robinet, in his letter dated December 31st 1667, announces in these terms Molière’s reappearance:

Molière’s return in the role of Sosie was an opportunity for him to manifest, with kindness but also with great honesty, his sadness regarding the king’s apparent indifference to his struggles against his enemies in the Tartuffe affair.

In the first scene of the first act, Molière, oddly bold, recalls with sadness the duties that befall the subjects who must obey the greats of the world. He even mentions his own personal case, and goes so far as to remind the king that since his 20 years of service had been so miserably rewarded, he had thought about retiring.

Louis XIV was undoubtedly touched and sought to erase as quickly as possible the poet’s bitter feelings. As soon as the campaign in Flanders ended, they were reconciled and Molière, never tiring, had two new plays performed, Georges Dandin and l’Avare, and then participated in the Grand Divertissement of Versailles before he triumphed with Tartuffe.