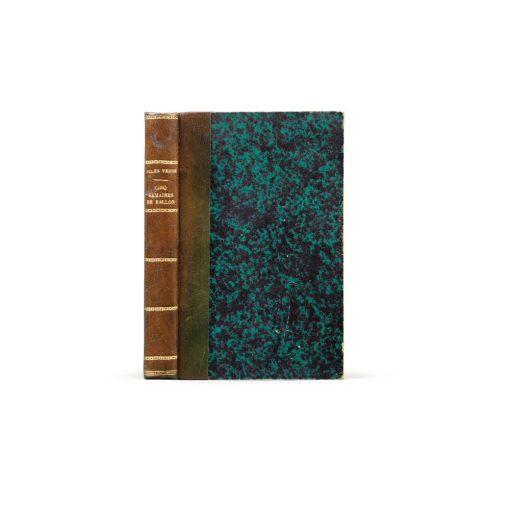 In 1905, the dominating figure of 19th century scientific novel disappeared: Jules Verne, “a man of immeasurable genius” according to Raymond Roussel.

“Jules Verne is the father of science-fiction; his purpose is to sum up all of the geographical, geological, physical, astronomical knowledge of modern science and to rewrite, in an attractive and picturesque manner that is his signature, the history of the universe.” (Pierre-Jules Hetzel)

“On December 24th 1862, Cinq semaines en ballon, the first of the sixty-four Voyages extraordinaires that, in the space of forty-five years, Jules Verne’s imagination and surprising forecasts would produce, was published at the bookshop of the rue Jacob. It met with such an immediate success that Hetzel quickly offered the author a contract. The two men would never part ways.

Jules Verne’s books were not, for half a century, only devoured by French children and adults. Translated into many languages, they entertained or fascinated people of all countries and ages. Through them, millions of people were introduced to the prodigious findings of the scientists of their time and got to read about polar ice caps and virgin lands of which little was known at the time. In a time where people did not move a lot, they were able, thanks to these books and without leaving their homes, to go on cruises all over the seas and, led by César Cascabel, cross North America in a carriage, from the Far-West to the Bering strait.” (A. Parménie, C. Bonnier de La Chapelle)