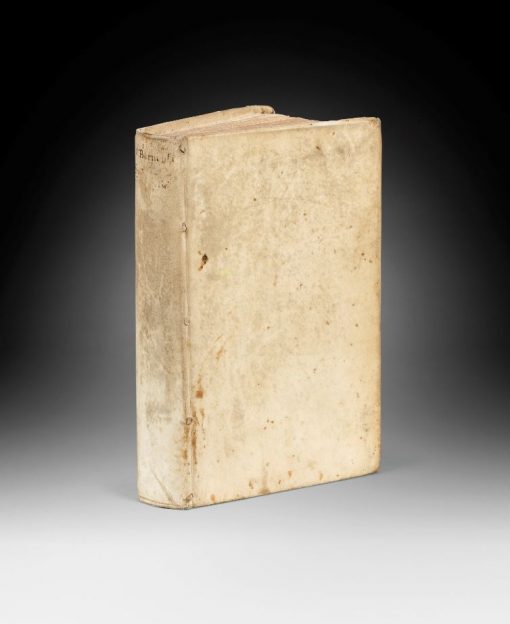 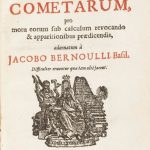 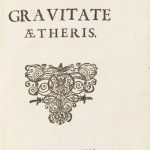 “One of the earliest works of the great Basle mathematician and physicist.

It contains an explanation and enlargement of Descartes’ theory of vortices and attempts to explain the cause of gravitation and capillarity” (Babson).

“Jacob Bernoulli was among the first to develop the calculus beyond the point at which it was left by Newton and Leibniz. Jacob was both a Cartesian and a Newtonian and did much to further the spread of Newton’s ideas in Europe. Some researches by Jacob, once regarded as curiosities are now found to have practical application to the construction of suspension bridges and in the transmission of high voltages” (PMM, 179).

Jacob Bernoulli studied mathematics and astronomy. He traveled throughout Europe from 1676 to 1682, learning about the latest discoveries in mathematics and the sciences. He became familiar with calculus through a correspondence with Gottfried Leibniz.

“On his final return to Basel in 1682, he devoted himself to physical and mathematical investigations and published his essay on comets, Conamen Novi Systematis Cometarum, which was occasioned by the appearance of the comet of 1680. This essay, and his next publication, entitled De Gravitate Aetheris, were deeply tinged with the philosophy of Rene Descartes, but they contain truths not unworthy of the philosophy of Sir Isaac Newton’s Principia. Jacques Bernoulli cannot be strictly called an independent discoverer; but, from his extensive and successful application of the calculus and other mathematical methods, he is deserving of a place by the side of Newton and Leibnitz” (Aaron Bernstein).