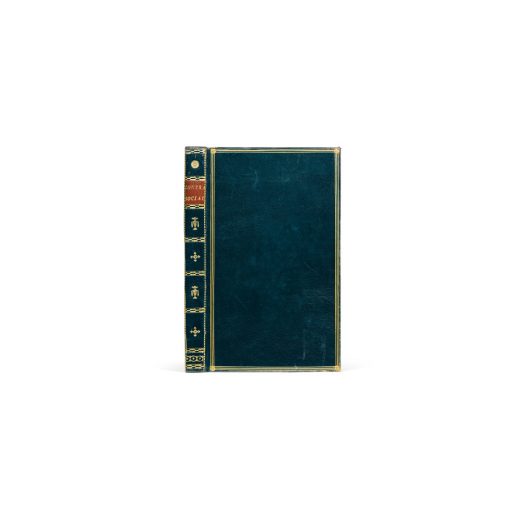 One of the most beautiful editions of the Contrat Social

of the revolutionary period.

One of the most beautiful editions of the Contrat Social of the revolutionary period.

“Printed on large raisin superfin wove paper from the Delagarde aîné et compagnie manufacture in the Marais, only 200 copies”, which is a print run for only very deluxe editions, seeing as, at the time, each issue usually totaled many thousand copies.”

The “Contrat social” was published for the first time in 1762.

“The Contrat Social remains Rousseau’s greatest work. It was the first great emotional plea for the equality of all men in the State. It had the most profound influence on the political thinking of the generation following its publication.” (PMM)

“His reputation never weakened, on the contrary, there is something cult-like about it. During the Revolution, which made him its spiritual father, this cult will turn frenetic. The nation had only one distinction left in order to honor him: the transfer of his ashes to the Panthéon, the ultimate step of official divinization, which took place on October 11th 1794.

In the Panthéon, where Voltaire already slept, Cambacérès paid homage to the “apostle of freedom and equality”. Robespierre had fallen a few weeks before, France was starting to breathe again.” (R. Trousson)

The Contrat social has had a decisive role in the evolution of moral and political thinking in the modern world. Kant’s political and moral ideas are directly linked to Rousseau.