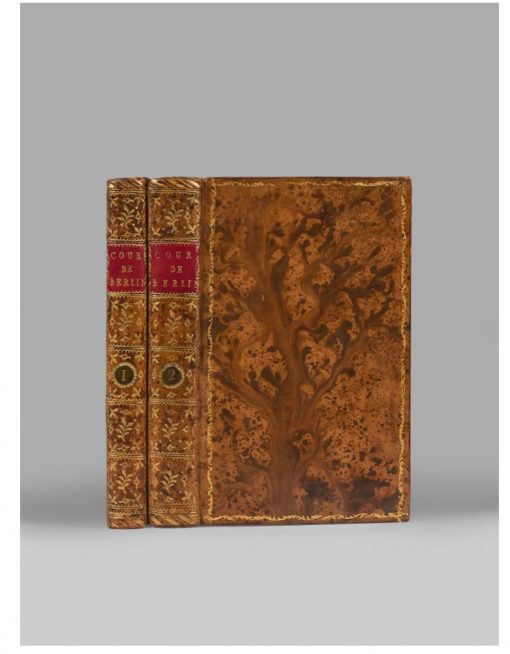 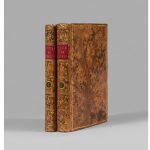 First edition of this scandalous text by Mirabeau,
that will be condemned and burned.

An exceptional copy enriched with a very rare
dedication by the author to Calonne,
minister of finance of Louis XVI
dismissed by the king in 1787 and exiled in London.

Mirabeau’s dedications are very rare and impossible to find
for this book which the author denied having written.

First edition of this scandalous book, condemned by decree on the 10th of February 1789 to be whipped and burned by the executioner’s hand.

An exceptional copy enriched with a handwritten dedication by the author to Charles-Alexandre Calonne.

“This pamphlet was burned by the executioner: it generated some vivid complaints against the author who sort of disavowed it, at least in regards to its publicity and form.” (Peignot)

“The emperor Joseph II, the king of Prussia, and especially king Henry, who happened to be in Paris, were ill-treated in this production. Louis XVI thought he needed to satisfy them for diplomatic reasons and the pamphlet was condemned by the Parliament to be burned by the executioner’s hand.” (Quérard, VI, 158)

Caillet (7588) says that the book contains some very curious revelations on the free-masonry of the 18th century.

Mirabeau (1749-1791) received, through Calonne, a secret mission in Prussia. In a coded correspondence, he told the abbot of Périgord (the future Talleyrand) about the intrigues at the Prussian court. It was published under the title Histoire de la cour de Berlin and created a scandal. Talleyrand transmitted the letters to king Louis XVI, who greatly appreciated this kind of literature.

When Mirabeau returned to France, the revolutionary movement had started. He immediately took part in it. Rejected by the nobles, he ran for the elections and was elected by the Tiers Etat in Marseille and in Aix, choosing the latter. At the same time he founded the Journal des Etats-Généraux. With great insistence, he asked that the Etats-Généraux be called. He was up against the court, the ministers, the aristocracy and the clergy. His mission was a difficult one. But Mirabeau was one of the rare deputies to have a plan and a method, and an exceptional oratory talent. He upheld his duty with passion and genius.

Mirabeau, sent to Prussia on a secret mission, left in this text a curious testimony of his days at the court of the great Frederick. The last moments of Frederick are told in a vivid and sharp manner, and all of the portraits he gives are masterfully done. Here are some reflections highlighted by the 1821 edition of M. Brissot-Thivars : “The Parliament was given the order to continue; the author disappeared under cover of anonymity and the court’s bad mood delighted the city. The Etats-généraux were called; the nobles rejected Mirabeau, the tiers-état welcomed him; and the aristocrats flooded the author of the Histoire secrete with slander.” (Mérilhou)

The precious copy of Louis XVI’s minister of finance Calonne, who was removed in 1787, and enriched with an extremely rare dedication by Mirabeau.

Charles-Alexandre de Calonne (1734-1802) was a prosecutor at the Conseil d’Artois, general prosecutor at the Parlement de Douai, master of requests, intendant de la généralité of Metz from 1766 to 1778, then of Flandre and Artois. He was then called to the ministry as contrôleur général des finances in November 1783, with the title of State minister, and was appointed grand trésorier des ordres du roi in June 1785 ; following the reunion of the Assemblée des notables, in 1787, because of the poor state of the State’s finances, he had to leave his ministry and was exiled in Lorraine. He then left for England and came back to France in 1802.

Dedications by Mirabeau are extremely rare and cannot be found in this condemned book which the author denied having written.