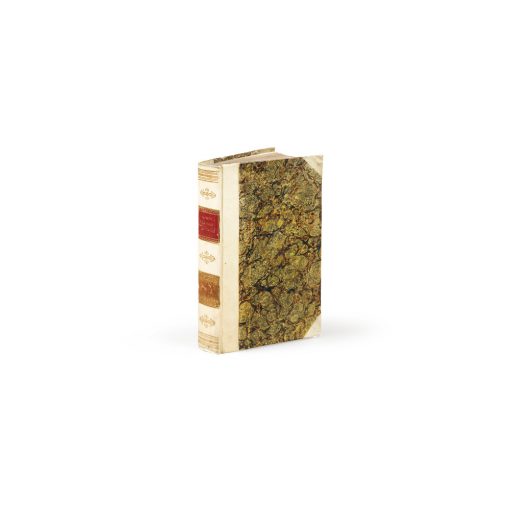 In 1839, after her political and romantic failures, George Sand seeks refuge in the Berry region. She begins a series of pastoral novels of which “La Mare au diable” is the first book. Follow “La Petite Fadette” and “François le Champi”. In these novels, the “author’s wisdom expresses itself in the way the characters accept their destiny, in the cult of domestic life, the love of one’s land of birth, the feelings of art and language, which the author renews through her contacts with the peasantry.” (Romantisme, Bibliothèque Nationale)

One of George Sand’s best work, La Mare au diable neither gives way to excessive sentimental exaltation nor humanitarian ideology which sometimes weigh heavily on some of the author’s texts.

“Among all the writers of her time, deeply remarks Georges Pélissier, no other has better expressed either the romantic soul in its multiplicity of ways or the intellectual and moral ways of the century in their most noble, elevated and very human aspirations.”

“George Sand’s talent as a writer was one of the most spontaneous of our literature. She held a very considerable place in 19th century literature.” (Carteret)