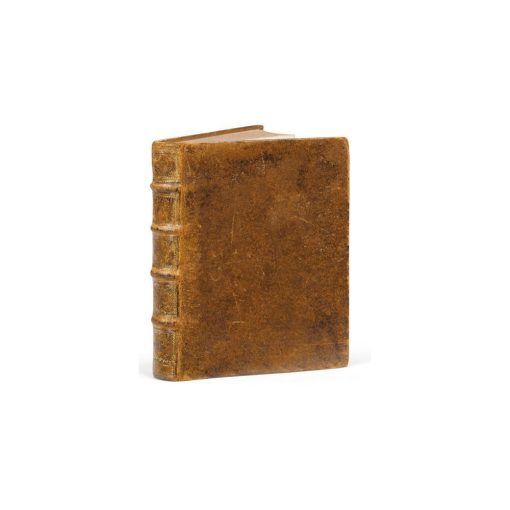 Rare first edition of La Silvanire, unknown to Tchemerzine who only mentions the 1632 edition.

Preceding by at least ten years Chapelain and D’Aubignac, Mairet introduced for the first time the three unities rule that would revolutionize the theater.

The Silvanire, based on the novel l’Astrée, was written at the request of the cardinal de La Valette. This play is preceded by a long poetic preface relative to the three classicial unities, a rule here applied for the first time. It is decorated with a title-frontispiece of de Mairet’s portrait and with 5 beautiful figures by Michel Lasne.

The second text is decorated with a beautiful portrait of the duc de Montmorency also by Michel Lasne.

“The Silvanire ou la Morte vive, performed to great success in 1630 in the castle of Chantilly and printed in Paris in 1631, was the manifest of a new school that proposed to orient, without any narrow-minded servility, French drama towards a classical regularity. This tentative reform preceded by at least ten years the demands of Chapelain and l’abbé d’Aubignac relative to the unity of time and place. In the preface Mairet prudently presents the reforms that should be introduced in the composition of plays, following the example of the Greeks and Latins. The Silvanire, which takes place “between two suns, so that, starting on one morning, it ends in the next”, reached its objective and the poet was praised for having “opened the way to regular texts”. This play, although containing some preciousness, announces, in some areas, Pierre Corneille’s firm tone. It was largely imitated, like for example the Amarante by Gombauld or the first plays by Rotrou.” (Dictionnaire des Œuvres)

Jean de Mairet (1604-1686), a successful dramatic author, was born in Besançon and died there. His collection of lyrical works ends with some stanzas addressed to the town of Dôle.

No complete copy of these rare literary first editions have been mentioned in the French and international public markets of the last thirty years.