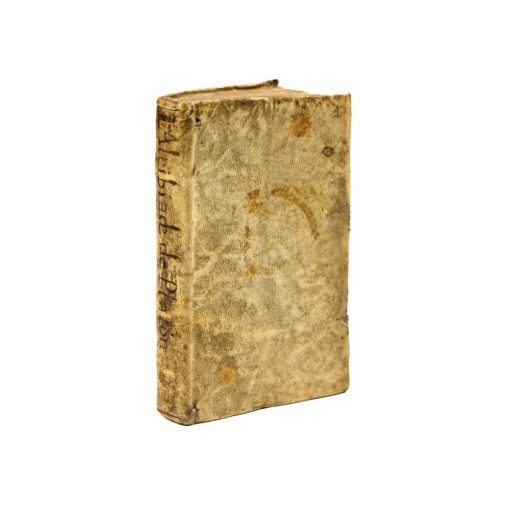 First edition of the translation of Plato’s
Premier Alcibiade by Le Fèvre,
a precursor of the Enlightenment and the father of the future Mme Dacier.

“Know thyself!”
It’s in this dialogue that Socrates’ famous precept
appears for the first time.

Rare first edition of the translation of Plato’s Premier Alcibiade by Le Fèvre.

It’s in this dialogue that Socrates’ famous precept: “Know thyself!” appears for the first time.

The father of the future Mme Dacier, Tanneguy Lefèvre (1615-1672), was “one of the most able humanists of his century”. He converted to Protestantism despite the religious troubles of the time. A humanist with a passion for the antiquity, he believed in the free criticism of texts.

Secured in his intimate knowledge of Greek, Le Fèvre took an avid interest in the Greek non-conformist authors and translated Plato all the while affirming his admiration towards Socrates, whose tolerance he praised.

In his Siècle de Louis XIV, Voltaire writes this about Le Fèvre : “A Calvinist, a professor at Saumur who despised those of his sect and still remained among them, more a philosopher than a Huguenot…”

The Platonist school has always considered the Premier Alcibiade to be one of Plato’s best works, the one that serves as an introduction to all others.

Plato, “the greatest philosopher of antiquity and probably also of all times” (Dictionnaire de Auteurs), wishes, in the Alcibiade, to highlight the value of Socrates’ teachings and explain the true significance of the Delphic oracle: “Know thyself”.

In this dialogue, highly praised by Joseph de Maistre and containing all that will be developed in the following dialogues, Socrates tries to show his young student that he is not mature enough yet to tackle politics, seeing as it is necessary to know oneself before being able to command others with justice.

“It is not necessary to speak of the beauty of this dialogue. Suffice is to say that the original is by Plato. The erudite will find at the end of this book some expert notes where M. Le Fèvre explains how he re-integrated several passages that Marsilio Ficino and Serranus had not heard.” (Journal des savants, 1666, pp. 90-91)

A precious and rare copy preserved in its contemporary vellum.