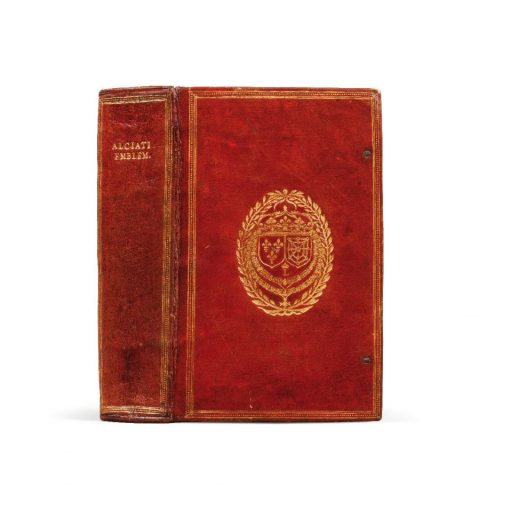 An Italian legal scholar, André Alciat (1492-1550) taught law to great acclaims in Avignon, Bourges, Milan, Bologna and Ferrare. He was one of the first to try to enhance the study of law through the history, language and literature of the Ancient Greeks and Romans. His Emblemata, which are moral maxims in Latin verse, had such a great impact that fifty editions would follow in the 16th and 17th centuries.

“Alciat was one of the first to sense that the study of history was essential to avoid mistakes in the study of law, and that being versed in literature was just as necessary in studying jurisprudence. His innovative way of thinking provoked a massive exodus from the other professors’ teachings and earned Alciat many enemies and such violent persecutions he was forced, in 1529, to seek refuge in France, where François Ier, taking advantage of Alciat’s compatriots’ fury, generously got him settled and gave him the Chair of law in Bourges, with a pension of six hundred ecus, which was doubled the following year.”

Exceptional copy, ruled and wide-margined, in a binding specially made for king Louis XIII and belonging to his personal library ; the endpaper contains the handwritten call number of the king’s library.

One of the most beautiful volumes of the king’s personal library, with a superb binding.