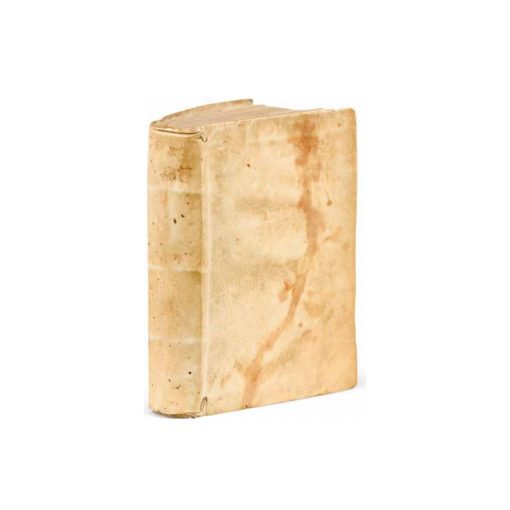 First edition of Descartes’ last philosophical text, published one year before his death.

“This edition was jointly published by L. Elzevier wit the Parisian bookseller Le Gras. Some copies bear the address of Louis Elzevier in Amsterdam, with the Minerva fleuron. The two aspects of this edition are of Elzeverian printing.” (Tchemerzine)

The first part analyses the links between the soul and the body ; in the second part, Descartes analyses the passions by studying them from the inside, giving us a definition for each ; in the third part, he examines the different passions.

This treaty on Passions was written in French for the attention of the Palatine princess Madame Elisabeth with whom Descartes shared an active correspondence.

Except for the part on the personal and temporary moral rules exposed in the Discours de la Méthode, this is the only text where Descartes adventures himself on a moral terrain, subject to as much criticism or condemnation, or maybe even more, than metaphysics.