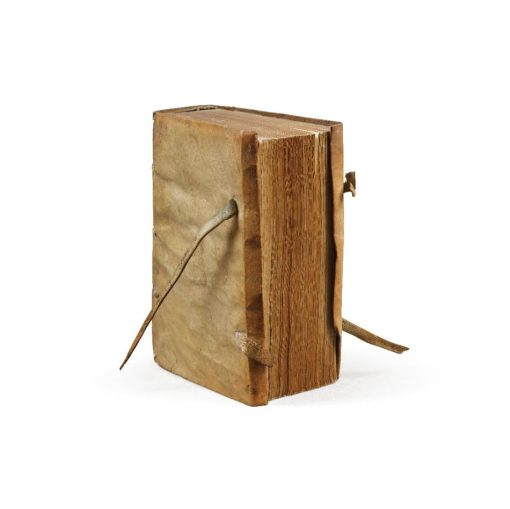 Definitive first edition of Charron’s first work, the first to be acknowledged by the author and bearing his name.

This is a reviewed and enlarged edition, different from the previous two, one that was published in Bordeaux in 1593 and had 450 less pages and the other in Paris in 1594 and had 457 less pages.

This edition is the first one mentioned by Brunet and Graesse and is, to the eyes of bibliophiles everywhere, the most important.

Dedicated to king Henri IV, this apology of Catholicism was published after the king’s conversion.

Pierre Charron (1541-1603) was the son of a Parisian bookseller. He became a priest and then a preacher with lots of followers ; it was while he was preaching in Bordeaux that he met Montaigne.

This dogmatic text is a refutation of the Traité de l’Eglise or Traité de la véritable religion chrétienne by the Huguenot leader Duplessis-Mornay : the three truths are that there is only one God, only one religion (Christian) and only one Church (catholic).

With this work, Charron brought himself a lot of attention. The bishop of Cahors appointed Charron as the general vicar and theological chaplain of his church without knowing him personally, based solely on his book.