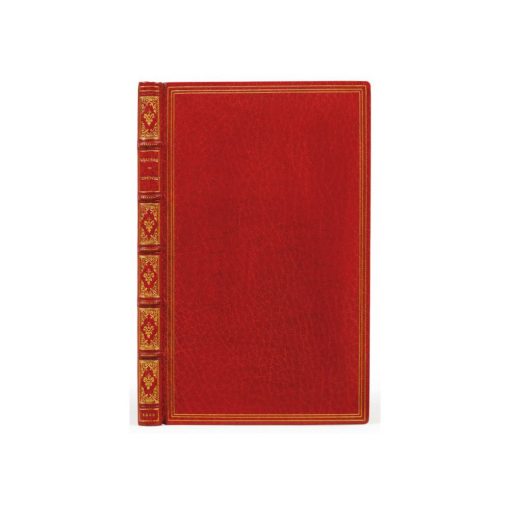 Guibert erroneously distinguishes two issues of the first edition: the A issue is, in effect, a counterfeit.

Our copy bears all of the characteristics of the issue named B by Guibert and which makes up the first edition.

“The success of L’Etourdi, his first great comedy, in Lyon, pushed him to try his luck in Paris.” (Sylvie Chevalley)

In the chronology of official performances, it is Molière’s very first comedy, and it is the starting point of his celebrity.

It was first performed in Lyon in 1655, and then, on November 3rd 1658, in the Salle du petit Bourbon located near the Vieux Louvre in Paris, where it was received with great fervor by the public of the time.

The first comedy by Molière, full of joyous fantasy, scenic dexterity and the colorful and savory language that Victor Hugo so admired. It had a resounding success.

The copy is bound in red morocco by Cuzin.