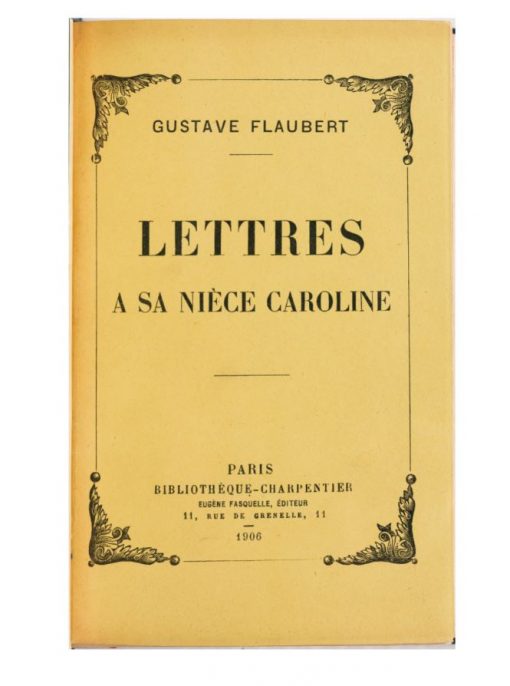 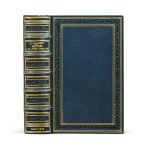 “The most importance correspondence of a

This correspondence comprises of 390 letters received between 1856 and 1880, published by Caroline Franklin Grout (1846-1931), who lived in the villa Tanit, in Antibes, named in honor of Salammbô.

“It is through Louis Bertrand, one of the heirs of the Flaubert collection, that I met Mme Franklin-Grout, Caroline Hamard, the niece of the great man. It was in the villa Tanit in Antibes, on the other side of the villa La Salle where Bertrand lived.

On my first visit, I was immersed in the atmosphere of Croisset by this close parent who had lived with the author of Madame Bovary and also by the decorations that surrounded her, her uncle’s furniture and thousands of souvenirs that spoke of him and whose stories she liked to tell. She spoke of her uncle with cordial veneration. She quoted him and, long before the publication of his Pensées that she was undertaking, she confirmed what she later said in her introduction : “Gustave Flaubert has not been for thirty-four years. But he never left me and the best that has happened to me came from him, through him. His nature, she said, with his great experience of life and men, was not, to say the least, optimistic. He knew too much and when he worried about the future, he was right because every year took us further away from a peaceful life and brought us closer to a time more and more tragic.”

Another time, she shared his intuition by saying : “My uncle had discovered that the creature to be most feared in Nature was Man.”

“He often repeated to me, in a disillusioned tone : “You see, you must love nothing. Everything has a price, most of all the good we do.”” (Ferdinand Bac)

When talking about other writers, Flaubert doesn’t apply literary judgements so to say but “temperamental reactions”. When he wants to compliment Alphonse Daudet on the Nabab, he writes : “You can rub your hands together and look at yourself in the mirror and say to yourself : I am a manly !” Same compliment to Zola, same remark in regards to Tolstoy. In his adolescence, his literary work evolved in relation to his epistolary practice. (C. Gothot-Mersch, Sur le renouvellement des études de correspondances littéraires : l’exemple de Flaubert)

“A rare power emerges from the Correspondance : the reader sees a man living and imagines him, takes part in his joys and griefs like the main character of a novel, shares his emotions and learns to live with him, because of him. Flaubert’s Correspondance is more than the novel imagined by Stendhal, this mirror travelling on a path : it is a piece of life, Flaubert’s and the reader’s. Gustave Flaubert, the man revealed by his correspondence from the years 1830-1857, is a conscience in the making.” (T. Poyet, Flaubert ou une conscience en formation)

A beautiful copy, printed on Japan paper and finely bound by Lortic.