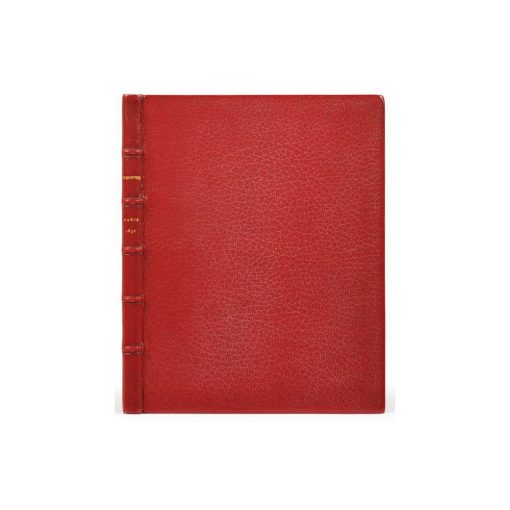 “With the exception of Nicomède, none of hisplays are masterpieces… » (Rev. J. P. C.)

Very rare first edition
of one of Pierre Corneille’s masterpieces.

“This tragedy must be considered amongt his best.” (E. Picot).

Nicomède is one of the Cornelian treasures.

“This tragedy was performed to great acclaim… several verses contain interesting allusions to the arrest and recent release of the de Condé and his brother.” (Le Petit)

The action takes place in the second century BCE in Nicomedia, the capital of Bithynia. King Prusias has a son from his first wedding, Nicomède, a valorous and condescending captain who wants to stand up to the Romans, and another one, Attale, son of Arsinoé, his second wife. Attale was raised in Rome and has become the docile vassal of the Romans. Arsinoé, in her son’s interests, seeks to turn her husband and the Romans against Nicomède in order to remove him from the throne and, through a stratagem, gets him to leave the camp where he has just been victorious. Nicomède and his half-brother are in love with Laodice, the queen of Armenia, who lives at Prusias’ court ; only the love of the first is requited. The Roman ambassador Flaminius, having completed the mission for which he was charged, stays to plot with Arsinoé against Nicomède, whose glory and future greatness are a problem to the Romans. Prusias complains about the improvised arrival of his son, considering that he disobeyed and did so because his victories have made him vain ; but Nicomède’s noble words appease him. The young man tries to push his father to resist the Romans, whose intrigues he has seen right through, and the Roman ambassador, who supports Attale and claims Laodice and Armenia. Nicomède defends her so that she can freely dispose of herself.

This play is structured like a tragedy but because of its romanesque and happy ending, it is more like a heroic comedy.

That said, Nicomède is not an isolated case in Corneille’s work. The play is in keeping with a constant reflection on the links between the Machiavellianism of the reason of the State and heroic generosity, and explores the theme of the political ingratitude of a king towards a too powerful servant who has become a threat because of his services rendered to the monarchy.

A precious and rare first edition in an elegant red Jansenist morocco binding by M. Lortic.