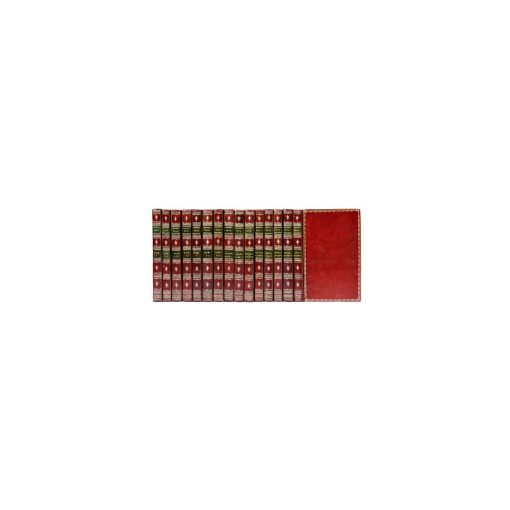 with the figures by Marillier before the letters,
“very rare in this state” (Morgand et Fatout).

A beautiful copy preserved in its contemporary morocco.

From the library of André Langlois.

Rousseau’s Œuvres illustrated by Marillier with the figures before the letters, “very rare in this state”. (Morgand et Fatout)

“Lovely edition of J.J. Rousseau’s Œuvres including L’Émile, 4 volumes, La Nouvelle Héloïse, 4 volumes, and the Œuvres diverses, 7 volumes. It is decorated with a portrait of Rousseau and 26 figures by Marillier which are here in proofs before the letters.”

“We know what kind of artist Marillier (1740-1808) was, of the generosity and flexibility he deployed for the multitude of small very well composed paintings with which he decorated his books. Dorat owes him a lot. We want to have his Fables because of Marillier’s fleurons. Marillier lived as a wise man, dividing his time between the arts and the accomplishment of administrative functions which he executed with a praise-worthy zeal. It may be that he contributed to the foundation of the Melun public library.” (H. Beraldi et R. Portalis)

“The gracious artist Marillier got his first lessons from a painter named Morelot, and then came to Paris and found a place in Hallé’s workshop. He was learned, had a fine and delicate mind, and he quickly rose to the level of the masters of his time.

He began by engraving series of ciphers and numbers based on drawings by Carles de Saint-Aubin, the king’s embroiderer. Grimm, in his correspondence, underlines that “it is the artists and engravers who deserve all the praise for Dorat’s poems”. Marillier was chosen to draw two tail-pieces for the Baisers which Eisen, usually charged with decorating Dorat’s productions, had not been able to deliver on time. He managed well and the author, quite pleased with having encountered such a gracious artist, hastily gave him other books to illustrate. The execution of these drawings, and especially the ones from the Fables, where Marrillier had made such an effort so he wouldn’t regret Eisen, so satisfied the author that he immediately considered making a new edition enriched with the artist’s spiritual compositions.

Marillier works best with small subjects. He excels in getting the characters to move with grace and ease in these small spaces. He is the artist of the infinitely small; his animals, his accessories are excellent and his delicate frames, all different, gracious and so accurate, are all examples of this exquisite taste which will later be called the Louis XVI style. He will remain one of the most gracious personalities of 18th century art.”

Provenance : Library of André Langlois, with ex-libris on endpaper.