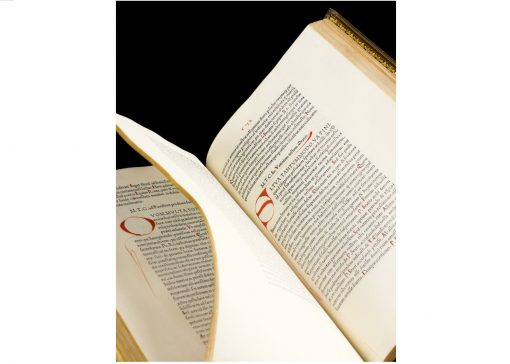 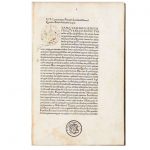 A reference of classical literature.

“The discourses of Cicero”,
the edition given by Adam of Ambergau in Venice in 1472.

“This edition is of excessive rarity and of value as a fine specimen of this printer’s work, of which but few examples have been preserved.”

This third incunable edition of Cicero’s most famous discourses and statements is the work of one of the first typographers, Adam de Ambergau, whose name is only linked to 5 books produced during the years 1471 and 1472.

The name of the printer and the place of printing have long divided bibliographers. De Bure himself, in his « Bibliographica instructive », hesitated between Adam de Ambergau and Adam Rot, whose printings are very rare.

To create this edition, Adam de Ambergau acquired a new type of font that was only used in the printing of Cicero’s Discourses.

All of the discourses and statements by the famous Roman orator are in this edition.

The rarity of this incunable edition has often been mentioned by bibliographers.

“A copy of this rare edition was sold in Paris in 1725 on the inventory of the late M. du Fay, for the sum of a hundred pounds. If another one were to come up, we don’t think it would go for the same price, because the value of these types of books has risen on the market, as there are many curious buyers who seek them.” (De Bure).

An old note from a bookseller is present on the endpaper and specifies that: “This edition is of excessive rarity and of value as a fine specimen of this printer’s work, of which but few examples have been preserved.”

From the libraries of F. L. Keller and C. S. Ascheron with ex-libris.