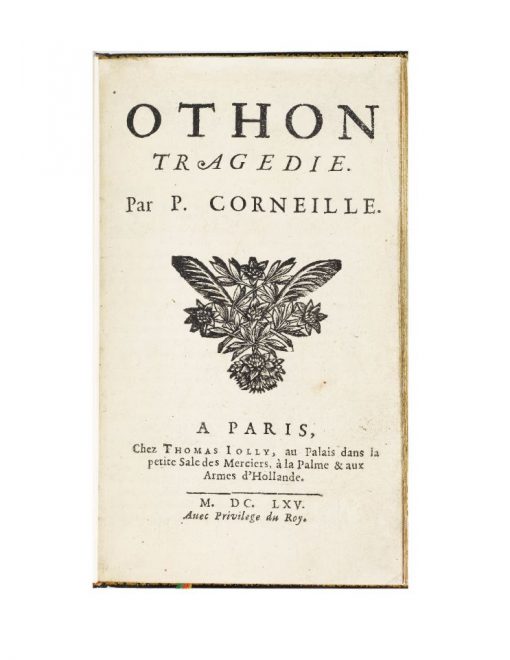 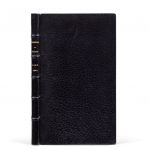 “If my friends do not deceive me, this play equals or surpasses the best of mine, says Corneille in his preface of the tragedy, Othon. Numerous illustrious and solid votes have gone to it and if I dare add mine, I would tell you that you will find some righteousness in the behavior and some good sense in the reasoning. When it comes to the verses, I was hardly seen ever working with more care.” (Picot)

“This tragedy was enacted in Fontainebleau on 3 August 1664 in front of the king and the pope’s legate. The troop of the Hôtel de Bourgogne performed it in the first days of November 1664, according to the gazette de Loret.” (Le Petit)

The story of the play is taken from Tacitus’ Histories but Corneille also drew inspiration from Plutarch and Suetonius in their Lives of Galba and Othon.

If the Anecdotes dramatiques are to be believed, the maréchal de Gramont may have said, in regards to Othon, that Corneille should be the “Kings’ Prayer book”, and M. de Louvois that “an assembly of State ministers would be necessary to judge this play”. What is certain is that Othon stayed in the repertory.

“Corneille, in his preface, says this tragedy is one of his best. But it was not successful. It is only three centuries later that we can acknowledge that Corneille’s friends were right and that Othon is one of his best plays.” (Georges Forestier, Dictionnaire des œuvres)

Othon is the accurate portrayal of Roman politics and it is because of those merits that the modern critics were much kinder to the play than the 17th century ones.

A copy preserved in its fine dark blue morocco binding by E. Carayon.