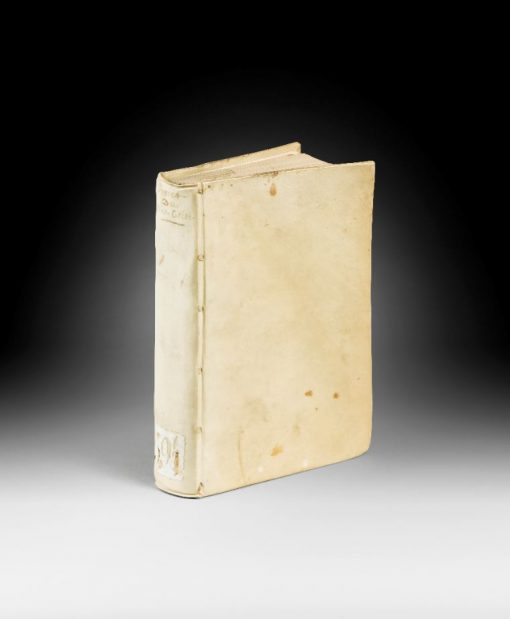 From the library of the Château des ormes.

Few copies of this « Projet » were published, the author meant them to be for the Enlightened spirits of his time.

He claimed that if this « Projet » was well received, he intended to pursue with his Dictionnaire. Which will be published in 1697.

“Bayle had to interrupt the printing of [the project] to defend himself against the violent attacks of M. Jurieu. More than a year went by before he got around to it again, and his book was published in May 1692. The intended Dictionnaire was only supposed to be a perpetual erratum of the mistakes found in all the other dictionaries but this plan appealed to no one and Bayle therefore went on to elaborate his great Dictionary. Printing started in September 1693 but it was only published in 1697.”

“In the course of correcting Moréri, Bayle started working on “a Dictionnaire of a whole other nature that fully occupied him”. Bayle wanted to know whether the public would actually be interested in such a dictionary of errors. He decided to publish a test-version of the project, in order to gauge the opinion of the public. Bayle sent the Projet et Fragmens to his friends and correspondents, asking them for their opinion. This prepublication was successful in spurring discussion of the project and put great pressure on the author to make haste in producing the Dictionnaire” (M. Van der Lugt).

“His Dictionnaire is a unique piece of work. It associates a rigorous method of questioning sources in order to establish facts and a perpetual interrogation, of ingenuous insolence, of all philosophical and theological ideas” (E. Labrousse).

“Bayle a Protestant philosopher, wrote his « Historical and critical Encyclopedia”as an anti-clerical counterblast to Moréri’s work. Bayle championed reason against belief, philosophy against religion, tolerance against superstition. For over half a century, until the publication of the Encyclopedia, Bayle’s Dictionnaire dominated enlightened thinking in every part of Europe” (PMM).

“This dictionary is remarkable in its spirit and intention. Bayle is a precursor of the Encyclopedia and of a rationalist conception of religion. Bayle’s fundamental value is tolerance, and his life’s work is based on that. The Dictionary sought to ask, for the first time, questions that were arduous and diverse and to make them accessible to everyone” (Dictionnaire des Œuvres).

Provenance : Library of the château des ormes, with ex-libris.