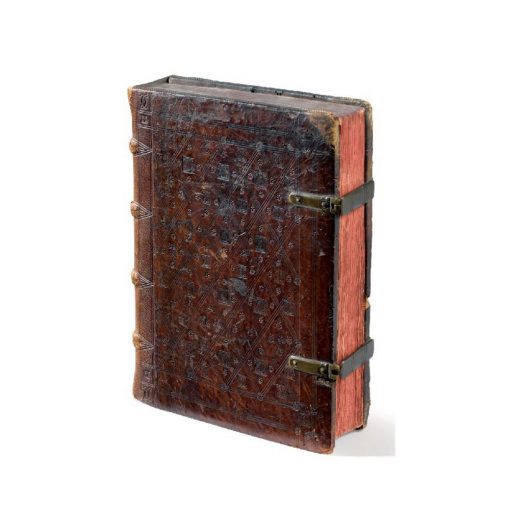 Translated into French by Montaigne in 1569,
who praised the author in his Essais.

Michel de Montaigne translated into French this important work in 1569 before dedicating a famous apology in his Essais to R. Sebond.

This first edition is preceded of an important prologue that was removed in the posterior editions after having been censored by the Council of Trente.

In this Prologue, Sebon exposes his purpose.

Believing he has arrived at the end of time, he offers to render the “science of the books of creatures” public, which enables to perfectly know the Catholic faith and prove that it is true, a science which is sufficient in and of itself and replaces all others. The only two books that God left us are one of nature and one of writing; but writing was only given to us because we didn’t know how to decipher the first book, and that is because of sin; it is however common to all, accessible to each. These two books emanate from the same author and cannot contradict each other; and if the second contradicts the first, it is probably because some falsifications or interpretation errors were made during its transmission. The science of nature is certain, infallible, easy to grasp, and its knowledge doesn’t require time or previous studies. It proves everything through man himself and “what man knows of himself in all certainty through experience, and mostly through internal experience of himself”.

It is very a bold Christian naturalism, that relies on good sense, and especially on an internal sense, and on introspection, that Sebon offers.

This treaty was written around 1436 in Spain. It is the only known text by Raimond de Sebond, a professor of medicine and theology in Toulouse. Sebond considered himself a disciple of Raimond Lull and opposed the scholastic doctrine.

Montaigne translated the Prologue but modified it so that its orthodoxy would not be questioned in his “Apologie”.

Richard Pafraet was the first printer to settle in Deventer in 1477.

The extreme rarity of this very first edition is underlined, and rightly so, by the bibliographers.

No copy has been fought over in international auction since the beginning of the surveys 30 years ago.

A very precious copy with wide margins, entirely rubricated in red and blue ink, of this important text translated and praised by Montaigne, preserved in its contemporary blind-stamped calf binding.

Provenance : Libraries of the Monastère franciscain de Dorsten (Westphalia) with a handwritten inscription in the superior margin of the first leaf warning against “anathema auferenti” thefts, John Deakin Heaton (1817-1880) and Richard Caton, with ex-libris.